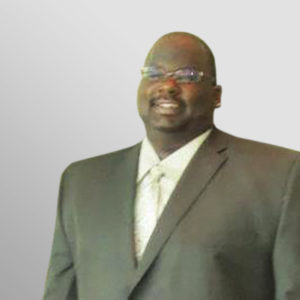 Dwight is a proud graduate of Virginia Tech. While at Virginia Tech, Dwight played for the legendary Coach Frank Beamer as an offensive lineman from 1994-1999.

He help lead the Virginia Tech Hokies to five consecutive bowl game appearances and two consecutive Big East conference championships. As a senior in 1998, Dwight was selected All Big East and served as team captain. Dwight was also a three-year letterman and received numerous athletic team and individual awards. In May 1999, he earned a B.S. in Sociology and a B.S. in Family and Child Development. Upon graduation, he attended the Baltimore Ravens mini-camp as a free agent before returning to Virginia Tech as a Strength and Conditioning Coach for the football team.

In 2000, Dwight played in the Arena Football League and started as a lineman with the Norfolk Nighthawks. Later that same year, Dwight worked as a group home counselor and developed a therapeutic recreational program for at-risk youth in Prince William County. As a result, Dwight was a recipient of the Innovative Thinker Award issued by the Prince William County Molinari Juvenile Shelter. Dwight has also previously worked as a Social Worker for Prince William County, where he evaluated the needs of families, provided them with resources, expedited adolescent recovery, and provided crisis intervention. As a result of his hard work and commitment to children and families, Dwight received C.A.S.A’s Outstanding Social Worker of the Year award in October 2005. He has also worked as a high school football coach, a case manager, a behavior specialist, and a mental health and substance abuse therapist.

In August 2010, Dwight graduated from Liberty University with two Master’s degrees: one in Marriage and Family Therapy, and the other in Human Services with a Specialization in Family Therapy. In addition to these responsibilities, Dwight is a columnist for 247 Sports VTScoop.com where he writes a weekly column covering the Virginia Tech football team. In 2017, Dwight became a Licensed Professional Counselor (LPC) and now working on earning a Doctorate degree.

Over the last 27 years, Dwight has conducted motivational presentations and workshops focused on empowering youth and their families to become successful in all their endeavors. Dwight is committed to assisting with the educational, spiritual, mental, and physical development of all young people. In an effort to help youth achieve their dreams of becoming successful, he created Victory Life in 2018 and works as the Director of Student Development. In this role, he provides therapeutic mentoring to at risk youth focuses on goal setting, career development, time management, and life skills. 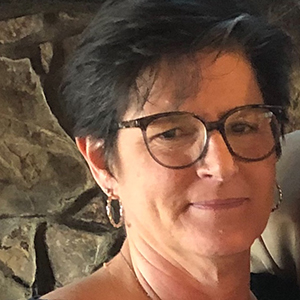 Sherri McFaden has devoted her professional career working with at risk youth and their families. In 1981, Sherri earned her BA in Fine Art from Meredith College. Sherri later earned her Master’s Degree in Education with a Specialty in Agency Counseling from Lynchburg College (1988) and a 2nd Master’s Degree in Paralegal Studies from The George Washington University (2011)

Sherri began her career in the mental health field in 1985 working in several group homes across Virginia as a counselor, group leader, and assistant director. From 1989 to 1993, Sherri was the Child and Adolescent Specialist at the Western Tidewater Mental Health Center providing individual, group, family and outreach services. From 1993 to 2008, she was the Supervisor at the Prince William County Group Home for Girls where she was responsible for the day to day operations and treatment oversite of a 12-bed treatment facility for at risk teenage girls.

Most recently, she was the Utilization Management Coordinator for the Prince William County At Risk Youth & Family Services Office from 2008 to 2019. She was part of a collaborative, multi-disciplinary, multi-agency team overseeing services and funding for the at-risk youth population in Prince William County. In March 2019, Sherri joined Vicktory Life and is working as a Resource Specialist.